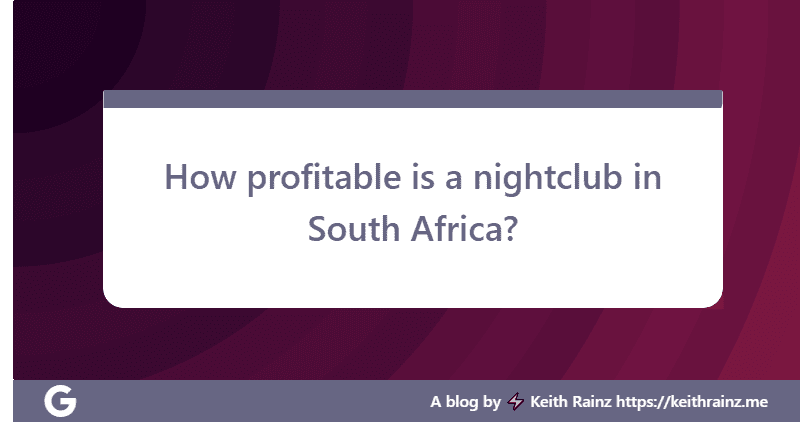 How do nightclubs make money in South Africa?

There are several methods for generating nightclub revenue. A nightclub owner makes money primarily from selling alcohol. In some nightclubs, however, there are cover charges and entrance tickets as well. Many nightclubs make a huge amount of money from admission tickets; these are typically the most popular nightclubs.

Inside a nightclub, alcohol sold is usually more expensive compared to one sold in retail stores. They can sell only $2-$3 drinks for $15-$30 and people don’t mind paying at all. There are more people inside there it makes more money. Night clubs also make money by renting out space on certain days for live events. Between $1500 and $10 000 per night, a night club can do anything in South Africa.

Costs of running a nightclub in South Africa

These are the continuous and recurrent expenses of operating a nightclub. Rent/mortgage charges, insurance, electricity, alcohol inventory, taxes and fees would have to be charged, etc. To remain afloat, the nightclub has to take care of the following operating expenses.

Recommended for you:  ETFs Vs Mutual Funds: Which Type of ETFs Really Are Better?

Nightclubs in South Africa that draw large crowds and are well run appear to be very lucrative. To find out how to effectively operate a nightclub, a lot of research is needed.

The brief response to that question is yes. Nightclubs are profitable in South Africa, but depending on a number of variables, the profitability of a nightclub can differ. If you have questions, feel free to comment or contact me and share.